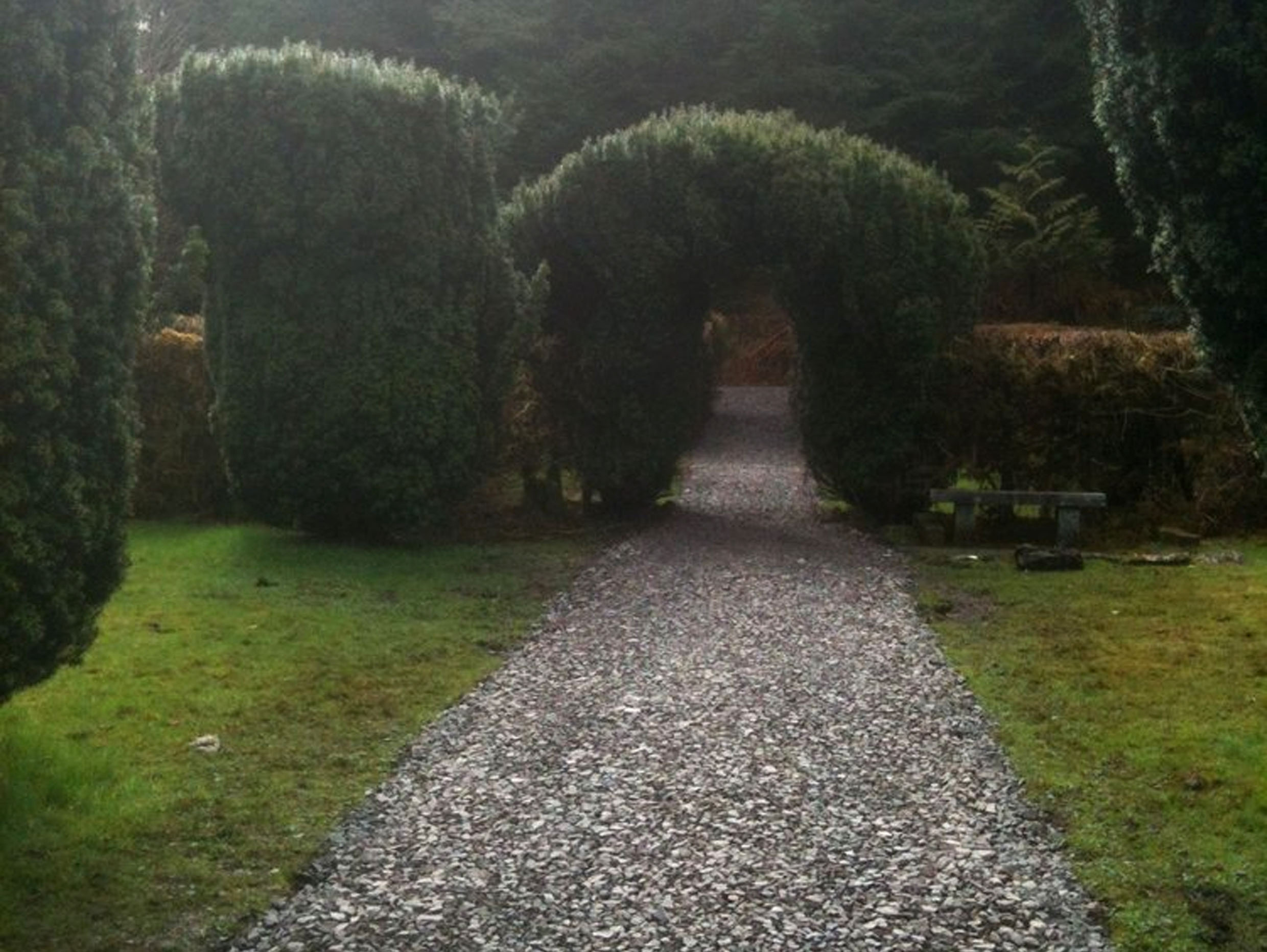 April and May have seen a lot of activity in the Cathedral.  This is the first serious phase of the restoration programme and it involved repairing and improving the drainage system and paths.  Over the years, the original drains had collapsed and this in turn caused die back in the trees and a general deterioration in the well being of the site.  The paths were eroded  by water and winter frosts and covered in weeds.

The work involved digging out the old drains and clearing them of silt and debris and scraping away at the surface of the paths.  There were some very large stones to be removed as well!  New drainage ditches have been dug along either side of the central aisle – that’s about 90 metres  times 2 – and these have been infilled to form French drains.  Soil and grit has then been placed on the surrounding grass  to raise the level and further improved drainage.  We are now looking for volunteers to rake this down in readiness for replanting.

Grateful thanks go to Ian McCuish Landscaping for doing the work, to HISTORIC ENVIRONMENT SCOTLAND for being our main funder and also to The AVIVA Community Fund and those who voted for us for a grant of £1000.

The Glencruitten Cathedral of Trees is situated just to the East of Oban in the midst of the  Glencruitten Woods and is open all year round – just follow the red stone way markers.